Award-winning stage and screen actress Dame Maureen Lipman (Coronation Street, ITV; Celebrity Gogglebox, Channel 4; The Pianist) will star in an online revival of Martin Sherman’s Rose this September. The new production will be filmed and made available to download and stream online for three days only, in collaboration with the Hope Mill Theatre.

This sharply drawn portrait of a feisty Jewish woman blends the personal with the political as it traces Rose’s story from the devastation of Nazi-ruled Europe to conquering the American dream. Rose reflects on what it means to be a survivor. Her remarkable life began in a tiny Russian village, took her to Warsaw's ghettos and a ship called The Exodus, and finally to the boardwalks of Atlantic City, the Arizona canyons, and salsa-flavoured nights in Miami beach.

This powerful one-woman tour-de-force by Martin Sherman (Bent, 1979) was nominated for an Olivier when it first premiered at the National Theatre in 1999. This new production, directed by Scott Le Crass (Country Music, Omnibus Theatre; Elmer, UK and International tour), in close collaboration with Sherman, is a moving reminder of some of the harrowing events that shaped the century. It remains sadly relevant today as racial tensions escalate, and allegations of antisemitism are rife.

Taking on the role made famous by Olympia Dukakis, Lipman is Rose, a woman shaped by her history. She offers an intimate and, at times, humorous account of the 20th century, and the ultimate triumph of humanity. This thought-provoking production acts as a caution, highlighting the importance of unity in the face of adversity, and the need to recognise and empathise with the suffering of others.

Dame Maureen Lipman comments, I always wanted to play Rose in Martin Sherman’s play but this is the first time I have been available -if you call working on Coronation Street at the same time as learning forty five pages of stunning dialogue, availability. It gives me a thrill to think I will be doing it for a cause as great as the future of the Hope Mill Theatre. 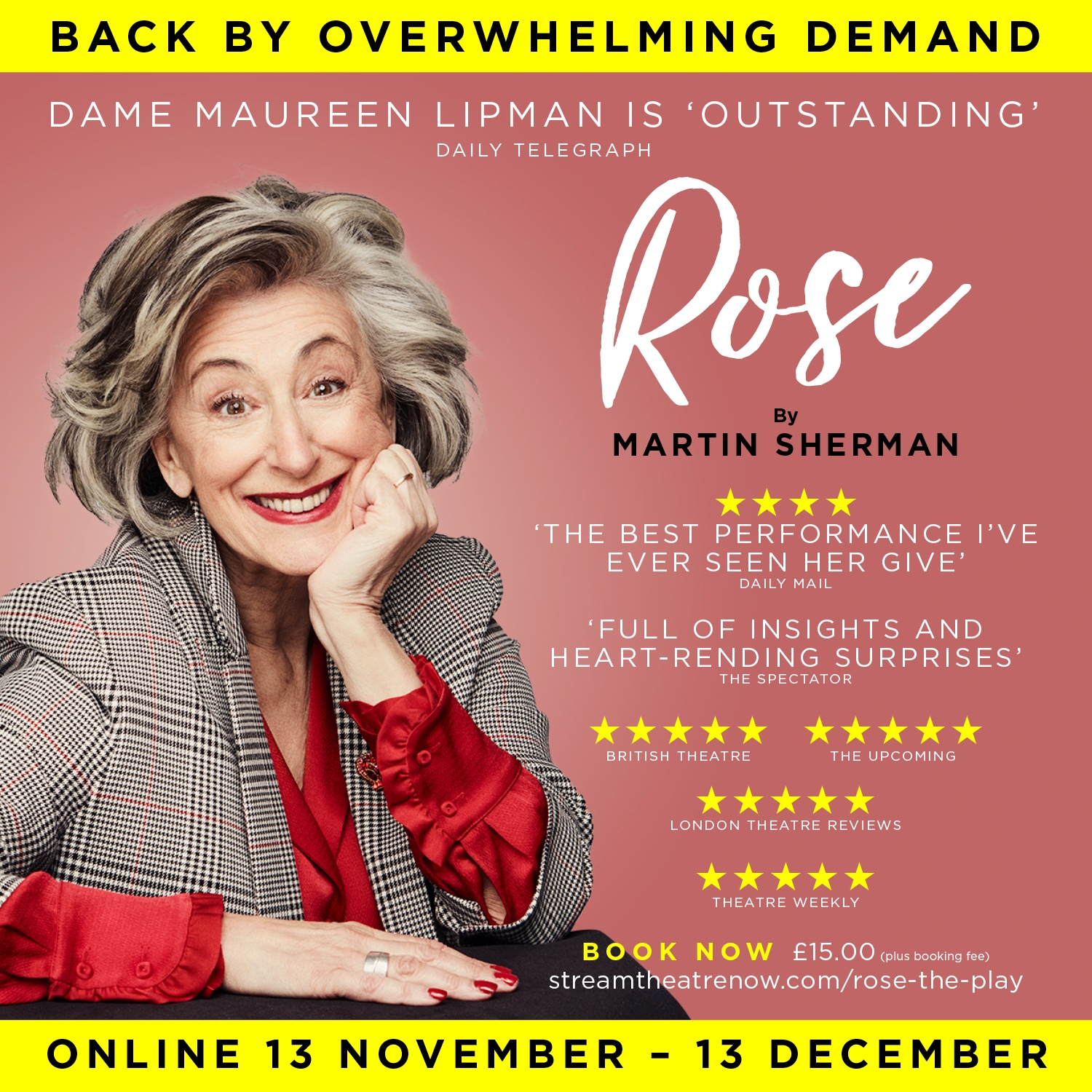