A moving love story set during the horrifying events of the First World War, Private Peaceful is a tale of love, loss and courage set to enthral audiences at the Garrick Theatre from 7th November 2020.
Based on the best-selling novel by War Horse author Michael Morpurgo, Private Peaceful tells the story of Private Tommo Peaceful, who looks back on his Devon upbringing, his romance with childhood sweetheart, Molly and the terrible events that saw him taken from this idyllic setting and into the horrors of war.
This new production of Private Peaceful first opened as part of the Barn Theatre’s first outdoor theatre festival, BarnFest, in August 2020. It then transferred to The Barn Theatre in September, making it one of the first major indoor productions in the UK since the COVID lockdown. It will play at the Garrick Theatre from 7th to 22nd of November for a special socially distanced season.

Cast & Creative
Private Tommo is played by Emily Costello, the first female performer to play Tommo professionally in a performance that was described by Michael Morpurgo as “extraordinary.” James Demaine will play Charlie and various other roles.  Private Peaceful has been staged so that the two actors never touch and are socially distanced
Private Peaceful is directed by Alexander Knott, with Zöe Grain as associate director and movement director and composition by James Demaine. Sound design is by Harry Smith and lighting design by Sam Rowcliffe-Tanner. 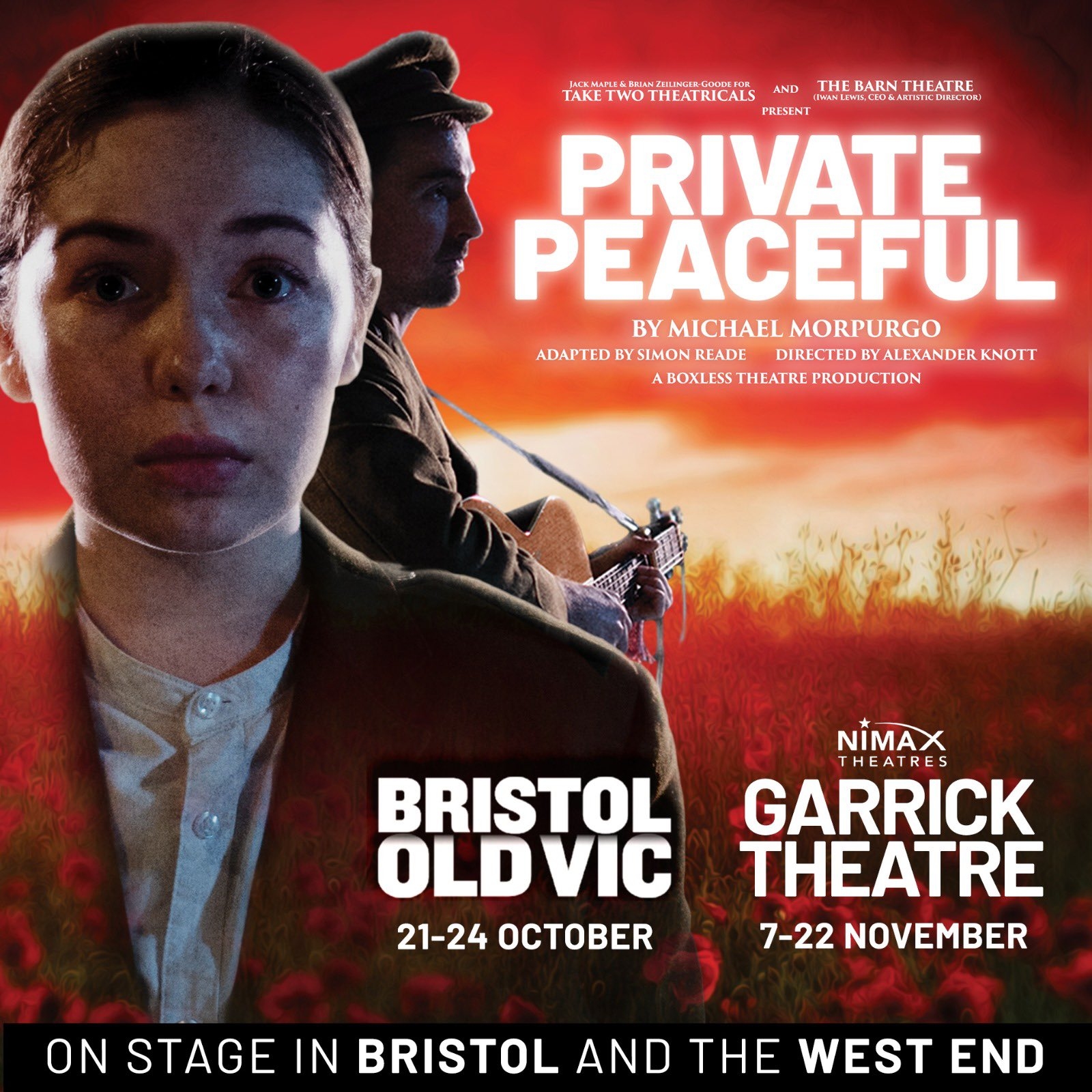